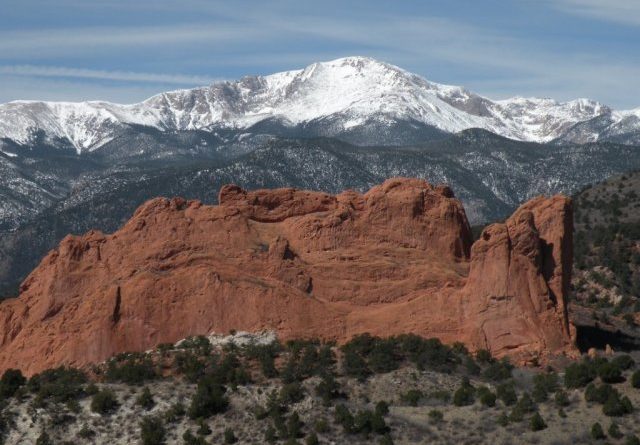 Colorado Springs is the 2nd largest city in Colorado, and sits at the foot of Pikes Peak at an elevation of 6,035 ft above sea level. The metropolitan area was estimated to have grown to over 600,000 in 2008, approximately 2/3 of whom actually live in the City of Colorado Springs (US Census Bureau data). The Springs is located less than an hour’s drive south of Denver, along the I25 corridor. Colorado’s premier ski resorts are 2 – 2 1/2 hours west of the Springs.

The climate of Colorado Springs is semi-arid, with annual rainfall of less than 16 inches a year. The rainy season is in the summer with highs in the 80’s and 90’s and lows in the 50’s. Winters tend to be mild and somewhat dry, with less than 45 inches of annual snowfall, highs typically in the 40’s, and lows in the teens. Our snow spread between snow events that happen between October and April, and often melts within a day or 2. March and April are the snowiest months. Colorado Springs Weather Statistics

The economic base of Colorado Springs is divided into several large segments. We have 5 major military bases, including the US Air Force Academy, Fort Carson, Peterson Air Force Base, Shriever Air Force Base, and NORAD (Cheyenne Mountain Air Station). Fort Carson alone has 30,000 troops assigned to it. Much of the activity at Peterson AFB and Shriever AFB is space related, and Air Force Space Command and Northern Command (Homeland Security) are both headquartered there.

Other major employment sectors include several large call center operations, insurance and financial service organizations (USAA, T Rowe Price and Progressive Insurance among others), software development, high tech manufacturing, amateur sport organizations (the US Olympic Committee is headquartered here, along with the Olympic Training Center), lots of non-profits (such as Focus on the Family, Compassion International, Navigators, to name just a few).

Selling Your Home This Winter

This Isn’t a Housing Bubble