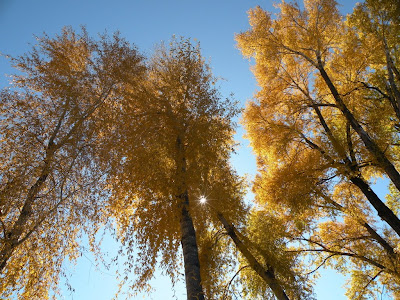 The unemployment rate for the state of Colorado and Colorado Springs is dropping, according the Colorado Department of Labor and Employment. A 7.2% unemployment figure for September is welcome news to the local area, and should help stabilize the housing market, along with everything else that has been hit by this recession. We’d rather be at 4%, but compared to 10%, 7.2% looks good!
The new Costco on North Nevada near I25 (University Village) opens later this month, making the 2nd Costco to open in the area in less than 2 years. I finally bit the bullet and joined yesterday, figuring that while Sam’s Club on Woodmen is a more convenient location for me much of the time, with 2 stores that are both in major travel corridors (the other store is at Barnes and Powers), the prices and selection will make it worth it.
The sun is out again after yesterday’s minor snow event. This time of year it goes back and forth between summer and winter a lot, and with 80 degrees last Sunday, we knew it was bound to go the other way at some point. Very little snow actually stayed on the ground, and it is melting as fast as the sun can find it.
Today’s photo was taken Sunday up in Basalt (near Aspen, about 4 hours away), where there was still some color left on some of the trees. Early season wind storms stripped a lot of the hillsides of their aspen leaves, but the valleys of the Frying Pan and Roaring Fork Rivers were very pretty. Independence Pass was still open, but normally closes later in the month when the snow gets more serious in the high country.
Got questions about living in Colorado Springs? Call me at 719-590-4768 or 888-568-6784! Visit me on Facebook to see even more photos!

How many of these layout mistakes are you guilty of? It's okay if it's more than one! Think of them as learning experiences.
#ricksellscolorado #LivingColoradoSprings.com ... See MoreSee Less

You're Probably Making at Least One of These Layout Mistakes

I've got a strategic marketing plan for your specific home buying needs. Call me to find out more.
#ricksellscolorado #LivingColoradoSprings.com ... See MoreSee Less