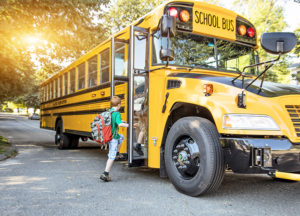 Colorado Springs has many school districts. School districts are very important here, because they affect your property taxes, they can affect your re-sale prospects at times, and can definitely affect the quality of life of your children. School districts tend to mirror home prices, in that the districts with highest test scores also tend to have the most expensive homes (and highest property taxes). Another factor in choosing a school district can be the availability of schools of choice. Sometimes these can also be charter schools, which have unique entrance procedures (such as waiting lists or lotteries). Public ‘schools of choice’ can vary from science magnet schools, IB schools, performing arts schools, and a host of choices in between.

Comparing schools on an objective basis can be difficult. Standard and Poores has a very useful tool called School Matters, which allows side by side comparisons of schools, even across state boundries. It can be very helpful in comparing your current school system with that of an area of Colorado Springs you may be considering. The Colorado State Department of Education also publishes test scores for all schools and districts online.

For THE most current performance data on our schools, the Colorado State Department of Education is the best place to go.

Below are the major school districts of the area:

The Lewis Palmer School D38  school district covers the northern part of the county (roughly north of Baptist Road to the county line), and includes the Tri Lakes communities of Palmer Lake, Monument, Woodmoor, Kings Deer, Wissler Ranch, High Forest Ranch, Fox Run and a significant portion of Black Forest. D38 is consistently ranked as one of the top 3 districts in the area for test scores, and claims at 98.5% graduation rate with 85% college bound.

D38 has 2 high schools now, as the new Palmer Ridge high school has helped to significantly reduce crowding pressure at Lewis Palmer High School. Generally district 38 has had a very positive relationship with the community, and a very competitive athletic program in addition academic excellence.

Academy School District 20 covers the northern portions of Colorado Springs, roughly from Cottonwood Creek north to Baptist Road, a significant chunk of southwestern Black Forest, and a significant portion of the northwest area of town. Some of the neighborhoods in school district 20 include Briargate, Rockrimmon, Peregrine, Pine Creek, Cordera, Wolf Ranch, Flying Horse, Cumbre Vista, Gleneagle, Sun Hills, Pleasant View, Woodland Hills and others. It also services the Air Force Academy itself, and the academy has a standing member on the school board.

D20 is the 2nd largest district in the area, and has previously distinguished itself as the highest scoring large school district in the state. District 20 has differentiated itself from some other districts in maintaining high academic achievment levels, strong relationships with the community, and a strong commitment to schools of choice. The Classical Academy  is a charter school within D20 that has almost 3,000 students with another 7,000 or so on the waiting list. In addition, D20 has an IB program, a performing arts magnet school (Da Vinci Academy), and some of the newest schools in the area.

Colorado Springs School District 11 is the largest district in the area. It is very diverse, ranging from servicing very new, growing neighborhoods in the northeast corner, to more traditional inner city schools in the south. D11 covers a wide area, including most of the city of Colorado Springs, bounded in the east (generally) by Powers, in the north by Cottonwood Creek (except as you go west; it’s complicated). The easiest way to describe the area it covers is probably with this map of D11 schools.  D11 has too many schools to really generalize it much. Palmer High School has an IB program (International Baccalaureate) that sets it apart a bit. The 5 main high schools of D11 vary quite a bit in test scores and graduation rates, and it is generally best to look at the district’s achievement reports to get a better feel for this.

Falcon School District 49 is the fastest growing school district in the region (and by some measures, the state). It covers the eastern plains, the suburban area of Colorado Springs east of Powers Blvd, and a large portion of southeastern Black Forest. D49 has traditionally been torn between being a rural district covering many areas of 5 acre tracts with horses, and an suburban district covering many higher density areas such as Stetson Hills / Indigo Ranch, Springs Ranch, Banning Lewis Ranch, Woodmen Hills and Falcon Hills, among others.

The number 1 issue facing the district is growth, including both how to handle it from an infrastructure standpoint, as well as maintaining / improving academic excellence when so many new students are expected.

Cheyenne Mountain District 12 which covers the much of the southwest area of town, including the Broadmoor, consistently leads the area with high test scores (and in fact usually leads the state). School district 12 has always made academic excellence a priority, even going so far as to not having a comprehensive bus transportation system (it is a smaller district), freeing up funds for academics.

Fountain-Fort Carson School District 8 is the southern most district in the area, covering most of the city of Fountain as well as the south portion of Fort Carson proper.

Moving Mountains: Why Colorado Springs Is The Height Of New Business

12 Must-Do’s When Moving to Colorado Springs

Moving Mountains: Why Colorado Springs Is The Height Of New Business

12 Must-Do’s When Moving to Colorado Springs